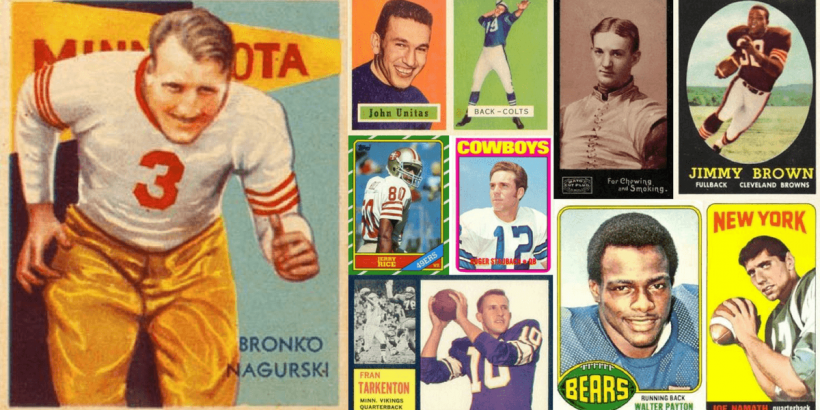 The most valuable football trading cards can easily fetch upwards of five and six figure prices and the most serious collectors will pay almost unthinkable amounts of money for the bragging rights.

The scarcity and aggressive auctioning of many of the most valuable playing cards can keep hobbyists searching for many years and once they do find one, they’ll do almost anything to own it! Take a look at the most valuable football trading cards in history below.

Bronko Nagurski is one of the NFL’s original Hall of Fame inductees in 1963 and his 1935 National Chicle rookie card is the most valuable football card in history.

The set is infamously difficult to put together and since his card is number 34 of 36 cards in total, it is made even more difficult.

Jim ‘Jimmy’ Brown is widely considered as the greatest fullback to ever set foot on the football field and his 1958 Topps card is extremely popular among collectors.

Improper centering and print defects are common among this card so high grade examples can fetch big money at auction. 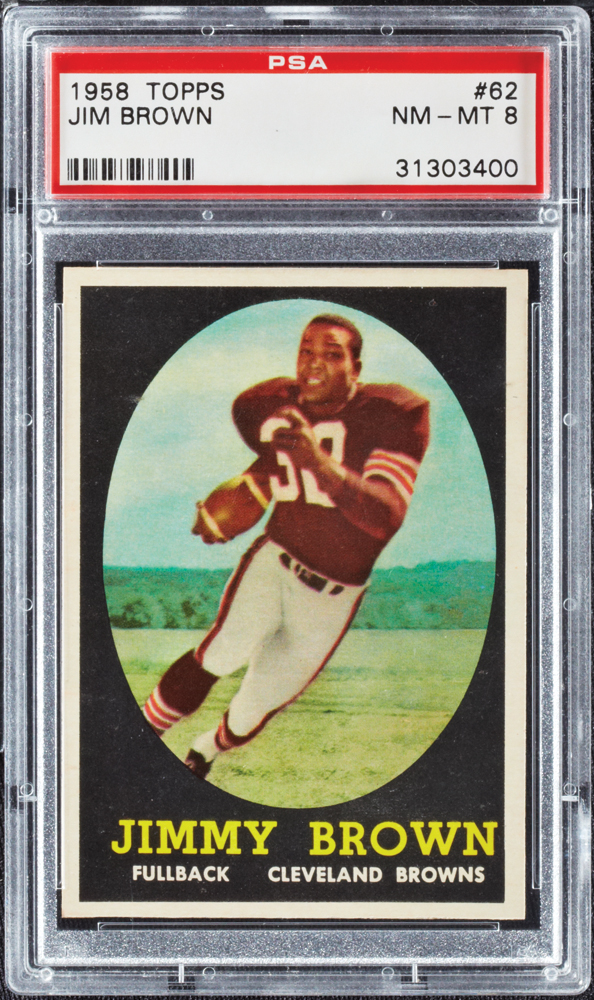 Joe Namatha’s rookie card may not be able to fetch the highest prices at auction, but it’s certainly one of most popular cards amongst collectors.

It will still set you back a fair amount though and will see a substantial decrease in your online slots Canada bankroll! The card’s design is far larger than regular trading cards, but this also exposes it to more risk of damage.

The 1957 Topps card is instantly recognizable with its horizontal layout and dual-pane design, and the Johnny Unitas rookie card – along with those of Paul Hornung and Bart Starr – is crucial to this legendary set.

While these cards aren’t all that scarce, high grade examples are very valuable.

The rookie card features an attractive headshot on the left and an image of him ready to release the ball on the right.

The N302 Mayo’s Cut Plugs are regarded as the very first football cards ever produced and feature acclaimed Ivy League players from the time period.

However, Harvard legend John Dunlop’s card mysteriously contains neither his name nor his team’s name, leading it to be dubbed the ‘anonymous card’.

The 1933 Goudey Sport Kings Jim Thorpe card is technically not a football card as the set featured athletes of the day across several sports.

But, since Jim Thorpe is depicted as a football player on the card, it’s made the cut. The incredibly popular set is beloved by collectors and Thorpe’s card is considered to be one of its most well-designed.